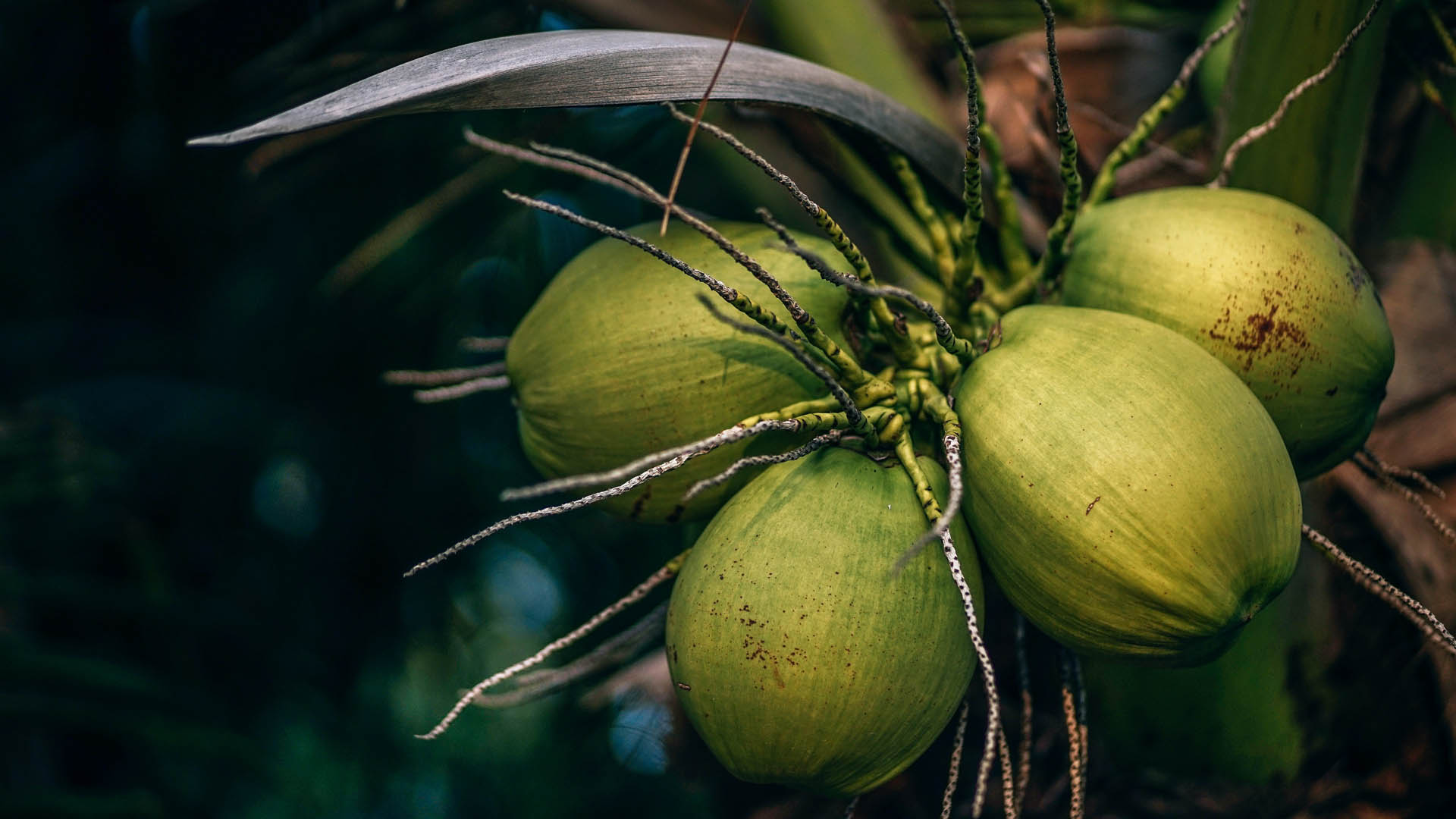 The coconut tree (Cocos nucifera) is a member of the palm tree family  and the only known living species of the  genus Cocos. The inner flesh of the mature seed, as well as the coconut milk extracted from it, forms a regular part of the diets. Coconuts are distinct from other fruits because their endosperm contains a large quantity of clear liquid called coconut water. it contains many nutritional facts.

It’s used for its water, milk, oil, and tasty meat. Coconuts are used as fresh and also as dried, dried coconut flesh is called copra. Both can be used in cooking dishes. Oil extraction is done by this coconut,which also used as cooking oil as well as hair oil.

The hard shells, fibrous husks and long pinnate leaves can be used as material to make a variety of products for furnishing and decorating especially in Indian cultures.

Coconut is in fact a nutritious superfood that is rich in fiber. It’s incredibly healthy and nourishing. Coconut is a very versatile and indispensable food item for most people under the tropical belt. It is a complete food rich in calories, vitamins, and minerals.

The important saturated fatty acid in the coconut is lauric acid. Lauric acid increases good HDL cholesterol levels in the blood. It contains 36% of moisture in it.

Coconut water is a very refreshing drink which helps as summer re-hydrating drink. The juice is composed with simple sugar, electrolytes, minerals, and bioactive compounds such as cytokinin and enzymes such as acid phosphatase, catalase, dehydrogenase, peroxidase, polymerases, etc. Altogether, these enzymes helps in digestion and metabolism.

Coconut water carries a good amount of electrolyte potassium and sodium.These minerals helps in diarrhea because presence of water loss.