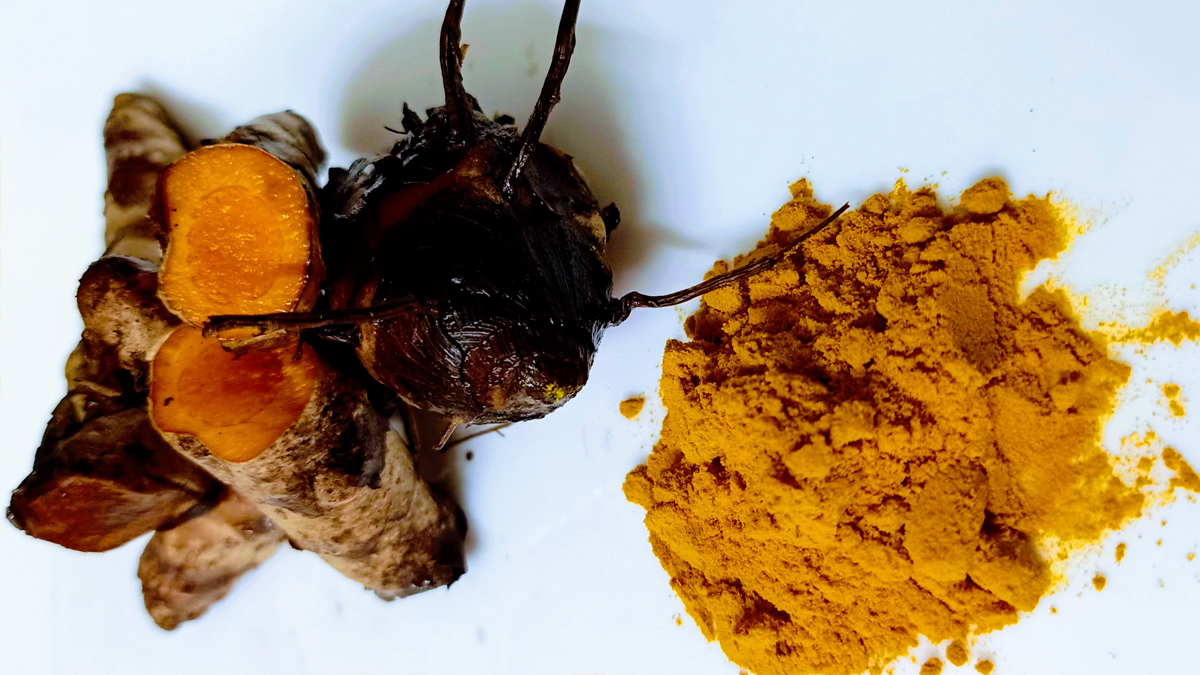 Turmeric is known as a spice used in most of the dishes in India.It has been become tradition in India from thousands of year used as a spice and as medicinal herb.

Turmeric may be the most effective nutritional supplement in existence.

Bioactive compounds are defined as components of food that influence physiological or cellular activities in the animals or humans that consume them or measuring the beneficial effects of drugs on a living organism. For example fatty acids in milk, alcohol and some vitamins.

Turmeric is generally added in the curries that attains yellow colour.

Researchers found that turmeric has compounds with many medicinal properties.

The main compounds present in turmeric are known as curcuminoids, the most important of them is curcumin. Curcumin is a bright yellow chemical produced by Curcuma longa plants which belongs to ginger family.

It is the most impotant compound which acts as antioxidant and as anti-inflammatory effects.

Side Effects If Taken Excess:

Although turmeric is a very food spice which contains antioxidants and anti-inflamatory effects.

It is absolutely not good to consume it in excess amount, if it is happened some health issues may be raised.

Some digestive track problems may appear because turmeric can cause bloating, fluctuations, acid refluxes and also diarrhoea.

In few people headache and nausea may also effect if taken in higher doses.

We all know that turmeric is loaded with antioxidants. It helps to reduce joint pains and inflamation at any part. It is better to take natural turmeric that chemical mixer market products.

When turmeric is mixed in milk, it becomes a great drink to boost our body.

Although it is the great immunity booster and instantly increase our energy, it is better to consume in limited quantities.

We can drink turmeric milk any time but it can act more actively during night because all functions of the body and hormones are activated at night mostly.

Another beneficial thing by drinking at night, we can have a good sleep after drinking this milk.

We all know that drinking milk at night may cause cold in few people, to avoid that add any other spices like cinnamon, ginger or pepper along with turmeric. This combination milk is also known as golden milk.