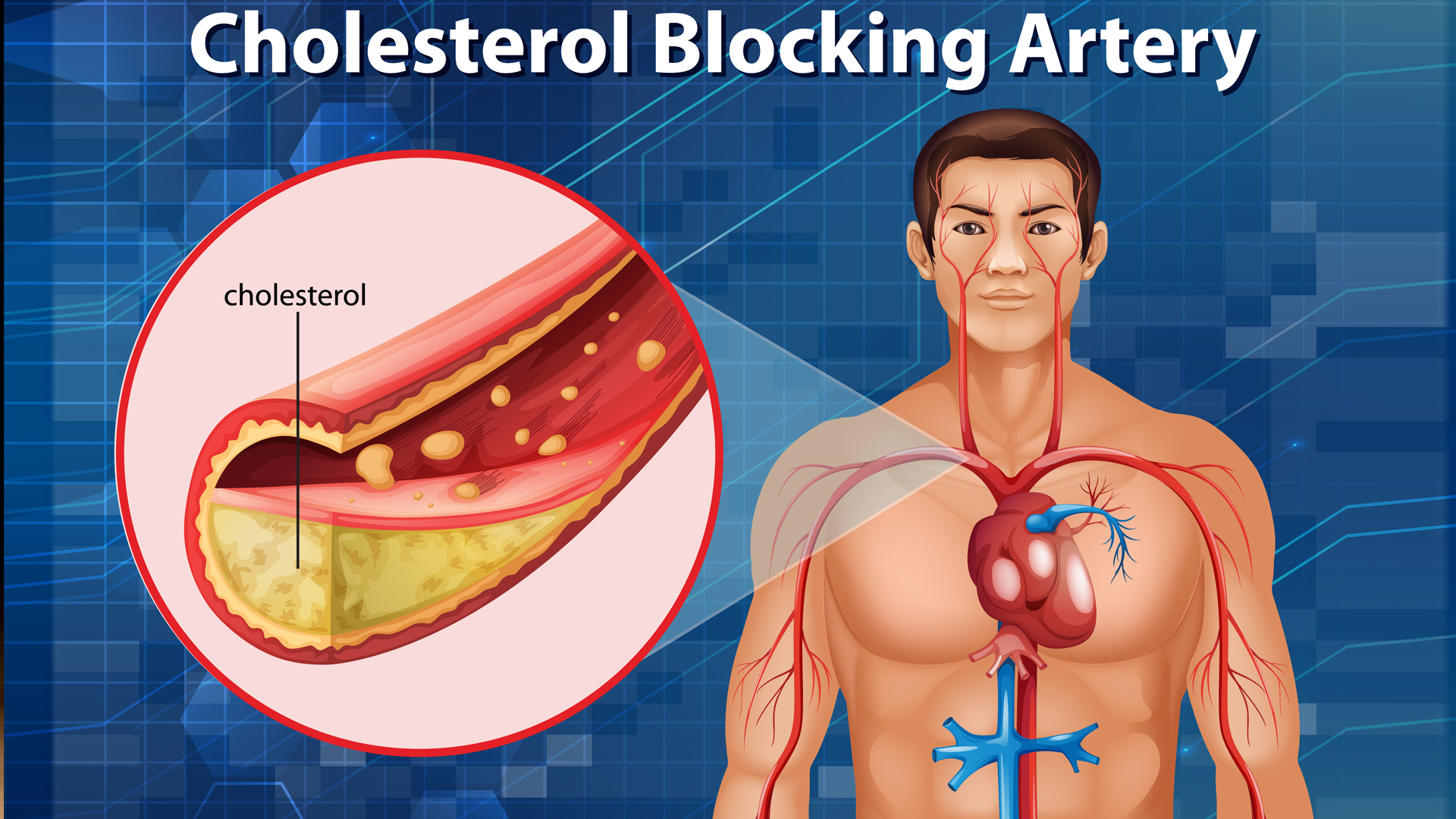 Plasma cholesterol values varies in an apparently healthy population. There is a slow rise with age starting at 20 years but ceasing at about 60 years, when it may be followed by a sight fall. The raise is less steep in women until the menopause when it may increase abruptly. After 60 years there is little or no difference between sexes.

Usually only total plasma cholesterol is measured, but it is often useful to determine its distribution in the different lipoprotein fractions.

This is a disorder transmitted as an autosomal polymorphic dominant gene. It consist of an increase in low density lipoproteins (LDL), the main carrier of cholesterol in the blood, and is due to genetic failure of LDL receptors. Plasma cholesterol may be over 30mMol/litre in homozygous adult (Normal 10-20mMol/litre). The biochemical abnormality can be detected at birth.

There is increased risk of coronary heart disease. A heart attack due to myocardial infraction before the age 30 is not uncommon and 50 percent of patients present evidence of CHD before they are 50 years old. Thus the disorder greatly reduces life expectancy. Xanthomata, swellings or small tumors containing cholesterol and sometimes triglyceride, commonly occur and may be the presenting future. Common sites are tendons, especially the achilles tendons, and tendons on the back of the hands and skin and around the eye where they are known as xanthelasma.

Corneal arcus occurs early and when seen in someone under 40 years is probably due to the disorder.

This aims at preventing coronary heart disease by keeping plasma LDL cholesterol as low as possible throughout life and beginning in early childhood. This involves lifelong dietary restriction and the use of drugs.

The diet should be low in saturated fats and cholesterol but polyunsaturated fats from vegetable oils and in other foods are permitted.

Diet is clearly a cause of hyperlipidaemia but is not the only one. It is sufficient if they fellow dietary guidelines recommended for coronary artery disease.