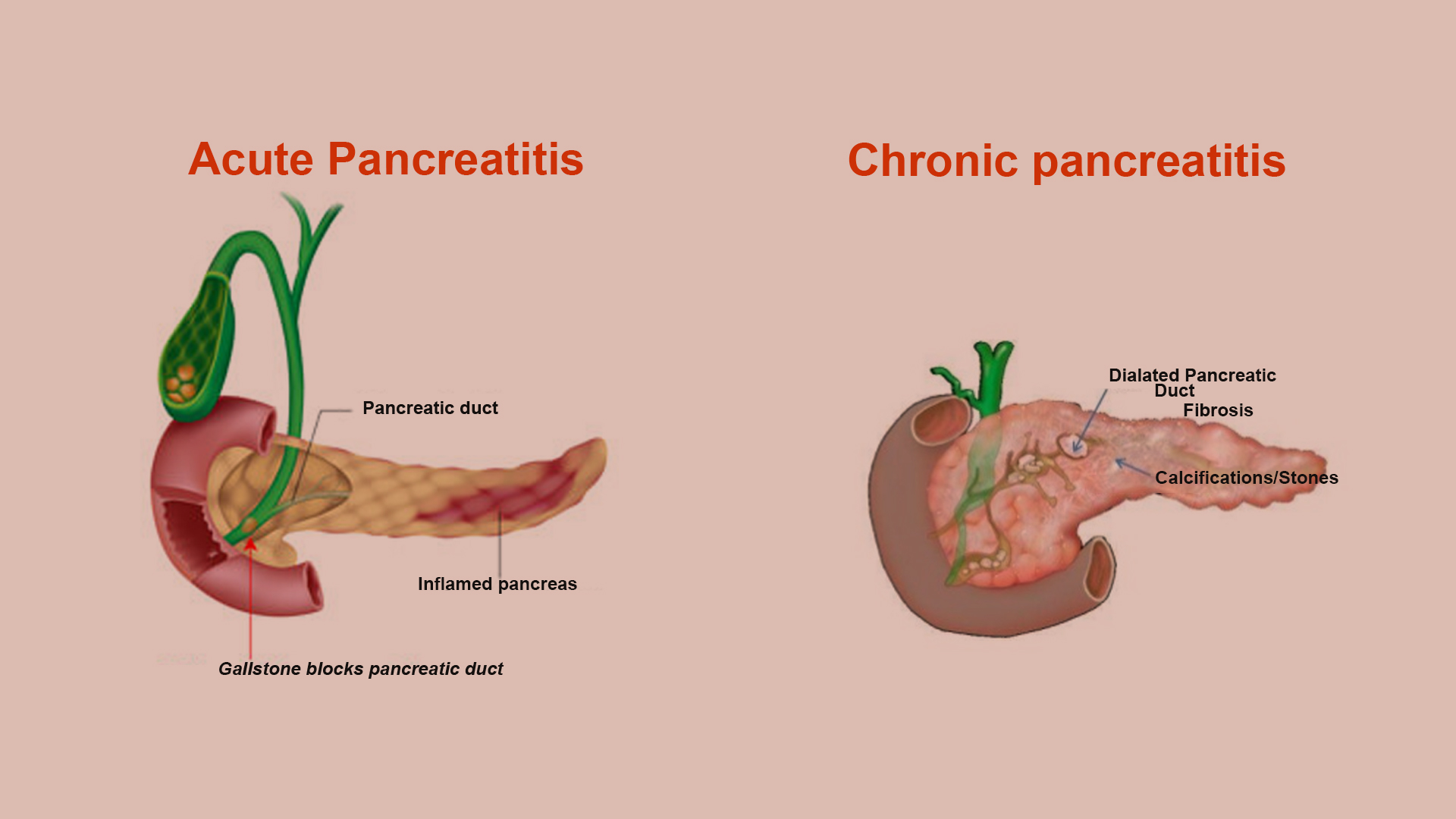 Pancreatitis is a disease in which your pancreas becomes inflamed. pancreas is an large organ located in the abdomen, behind your stomach and next to your small intestine. It plays an important role in converting the food we eat into fuel for the body cells.

Your pancreas has two main functions:

Your pancreas can be damaged when digestive enzymes begin working before your pancreas releases them.

The two types of pancreatitis as follows:

It is the inflammation that occurs suddenly and lasts for short time. Symptoms ranges from mild to a severe discomfort, sometimes it may become life-threatening illness.

It is inflammation that last longer. It is mostly seen after an acute pancreatitis become severe. Another main cause for pancreatitis is drinking a lot of alcohol for a long period of time.

The symptoms of chronic pancreatitis are almost similar to those of acute pancreatitis. But you may also seen these symptoms along with them:

Acute pancreatitis is caused by:

In some people ( about 15% ) with acute pancreatitis, the cause is unknown.

Factors that increase your risk of pancreatitis include:

Eating the foods high in fats may cause pain in your abdomen which further reaches to your back. Some lifestyle changes may help you in curing pancreatitis. Avoiding alcohol and smoking also improves your disease condition.