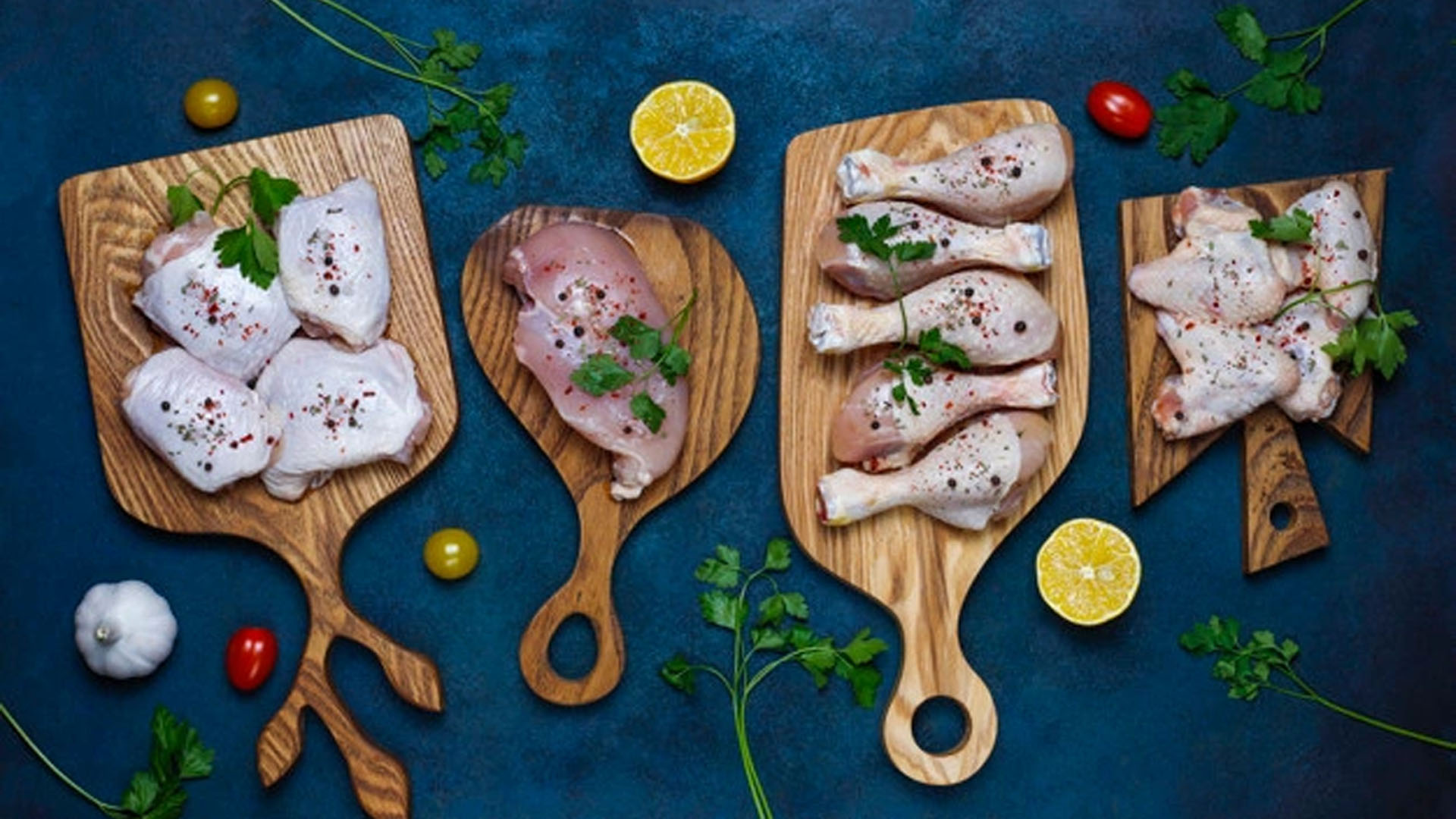 Meat is the flesh or other edible parts of animals used for food, including not only the muscles and fat but also the tendons and ligaments. Humans have hunted and killed animals for meat since prehistoric times. It is edible raw, but is normally eaten after it has been cooked and seasoned or processed in a variety of ways. The advent of civilization allowed the domestication of animals such as chickens, rabbits, sheep, pigs and cattle. Unprocessed meat will spoil or rot within hours or days as a result of infection with and decomposition by bacteria and fungi.

The meat-products industry, though called meat packing, includes the slaughtering of animals. The steps in this process generally include stunning, bleeding, eviscerating, and skinning. The usual methods of preserving meat from bacteria and decay are refrigerating, freezing, curing, freeze-drying, and canning.

The most widely consumed meat is beef, the flesh of mature cattle that normally weigh from 450 to 540 kg i.e;1,000 to 1,200 pounds and relent between 55 and 60 percent of their weight in meat. Meat from lambs and sheep is produced on a much smaller scale than either beef or pork.

The quality and quantity of usable meat depends on the animals plane of nutrition, i.e., whether it is over or starved. The composition of the diet, especially the amount of protein provided, is also an important factor regulating animal growth. Ruminants, which may digest cellulose, are better adapted to poor-quality diets, but their ruminal microorganisms degrade high-quality protein if supplied in excess.

Meat is mainly composed of water, protein, and fat. Meat is valued as a complete protein food containing all the 9 amino acids necessary for the human body. The fat of meat is a valuable source of energy and also influences the flavour, juiciness, and tenderness of the lean. Parts such as livers, kidneys, hearts, and other portions are excellent sources of vitamins and of essential minerals, easily digested by the human system.

Meat digests a bit slowly, but 95% of meat protein and 96% of the fat are digested. Fats tend to retard the digestion of other foods. Meat with a reasonable proportion of fat remains longer in the stomach, delaying hunger and giving stamina. Extractives in meat cause a flow of saliva and gastric juices, creating the desire to eat and ensuring ease of digestion.

« Happy Hormones: What are they and When are they secreted?
Nutritional Facts and Health Benefits of Flax Seeds »