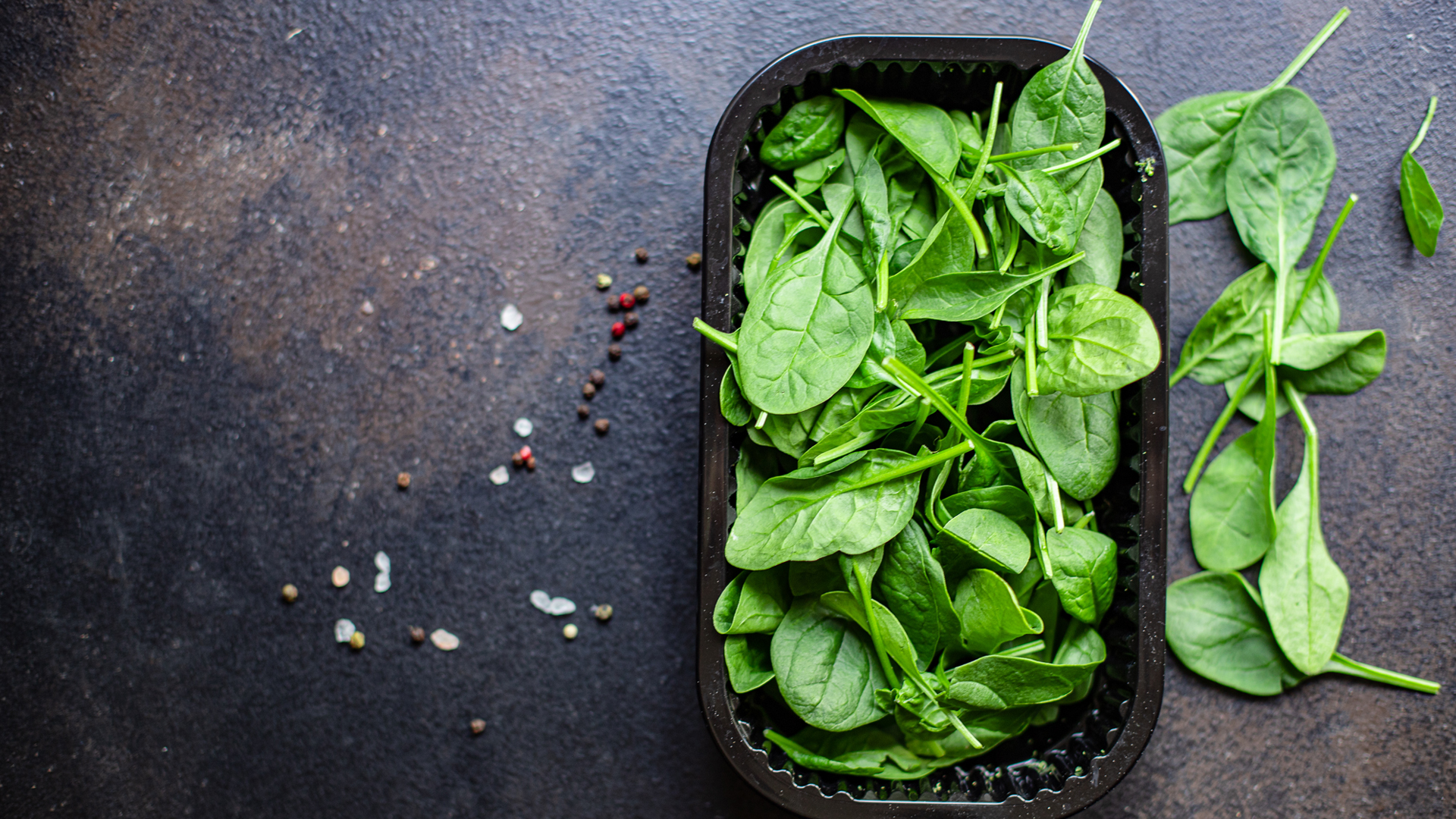 Spinach (Spinacia oleracea) is a leafy green vegetable that originated in Persia. It belongs to the amaranth family and is related to beets and quinoa. Spinach is rich in vitamins A, C and K, magnesium, iron and manganese. Eating this leafy green veggie may benefit eye health, reduce oxidative stress and reduce blood pressure levels among other health functions.

Spinach is extremely healthy and linked to numerous health benefits. It has been shown to improve oxidative stress, eye health, and blood pressure.

Free radicals are byproducts of metabolism. They can cause oxidative stress, which triggers accelerated aging and increases your risk of cancer and diabetes.

However, spinach contains antioxidants, which fight oxidative stress and help reduce the damage it causes.

One study in eight healthy people found that spinach helped prevent oxidative damage. Although this study was quite small, its findings are backed up by other animal and human research.

Spinach is rich in zeaxanthin and lutein, which are the carotenoids responsible for color in some vegetables.

Human eyes also contain high quantities of these pigments, which protect your eyes from the damage caused by sunlight.

Additionally, several studies indicate that zeaxanthin and lutein work to prevent macular degeneration and cataracts, which are major causes of blindness.

These compounds may even be able to reverse existing damage.

Spinach contains two components, MGDG and SQDG, which may slow down cancer growth.

In one study, these compounds helped slow tumor growth in a person’s cervix. They also decreased the size of the tumor.

Spinach contains high amounts of nitrates which have been shown to help moderate blood pressure levels and decrease your risk of heart disease.

Spinach has a host of benefits. It may reduce oxidative stress, promote eye health, fight cancer, and regulate blood pressure.

Kidney stones are caused by acid and mineral salt buildup. The most common variety is calcium stones, which consist of calcium oxalate.

Spinach is high in both calcium and oxalates, so people who are at a high risk of developing kidney stones should limit their intake.

Spinach contains an antioxidant known as alpha-lipoic acid, which has been shown to lower glucose levels, increase insulin sensitivity, and prevent oxidative, stress-induced changes in patients with diabetes.

Studies on alpha-lipoic acid have also shown decreases in peripheral neuropathy and autonomic neuropathy in diabetics.

However, most studies have used intravenous alpha-lipoic acid, and it is uncertain whether oral supplementation would elicit the same benefits.

Spinach is high in vitamin k1, which serves several functions in your body but is best known for its role in blood clotting.

As such, it could interfere with blood-thinning medication. People who are taking blood thinners, such as warfarin, should consult with their healthcare practitioner before eating large amounts of spinach.

A study of 433 children with asthma between the ages of 6 and 18 years, and 537 children without, showed that the risks for developing asthma are lower in people who have a high intake of certain nutrients.

One of these nutrients is beta carotene. Spinach is an excellent source of beta-carotene.

Due to its high potassium content, spinach is recommended for people with high blood pressure.

Potassium can help reduce the effects of sodium in the body. A low potassium intake might be as potent a risk factor for developing high blood pressure as a high sodium intake.

Low intakes of vitamin K have been associated with a higher risk of bone fracture.

Adequate vitamin K consumption is important for good health, as it acts as a modifier of bone matrix proteins, improves calcium absorption, and may reduce the amount of calcium that leaves the body in urine.

Spinach is high in fiber and water, both of which help to prevent constipation and promote a healthy digestive tract.

Spinach has large quantities of vitamin A, which moderates the production of oil in the skin pores and hair follicles to moisturize the skin and hair.

It is this oil that can build up to cause acne. Vitamin A is also necessary for the growth of all bodily tissues, including skin and hair.

Spinach and other leafy greens high in vitamin C are crucial for the building and maintenance of collagen, which provides structure to skin and hair.

Iron deficiency is a common cause of hair loss, which may be prevented by an adequate intake of iron-rich foods, such as spinach.

« Cooking Types Of Eggs And Their Uses
Diabetes: Diagnosis, Nutritional Therapy and Treatment »