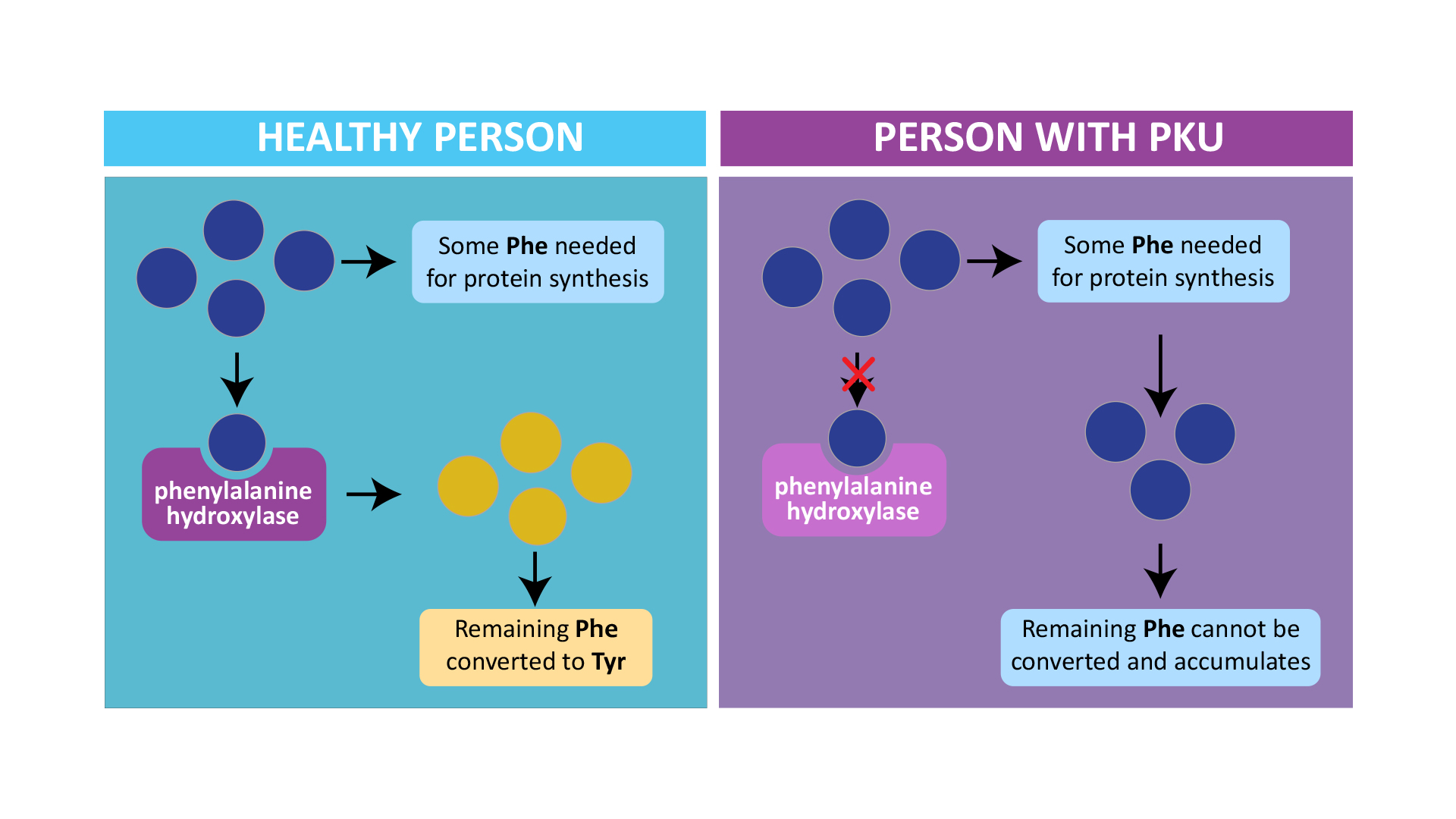 As we discussed in the earlier article, Phenylketonuria (PKU) is an inherited disorder which is seen rarely in 1:150000 people ratio. We have already learned causes, symptoms and diagnosis of PKU. Now, this article is going to explain about the treatment, prevention and dietary management of phenylketonuria.

PKU can be easily detected with a simple blood screening test. If this test is positive, then further blood and urine tests are required to confirm the diagnosis. Moreover, to detect PKU, genetic testing is also done.

The good thing is, PKU is a treatable disease in which treatment involves dietary management. Diet plays a major role in curing PKU. Diet that is very low in phenylalanine is given particularly when the child is growing. The diet should be strictly followed with the supervision by a registered dietitian or a doctor and cooperation of the parent and child.

When this diet is continued strictly until adulthood , we can observe a better performance in physical and mental health than those who don’t follow or stay on the diet. Pregnant women must follow the diet before conception and during the pregnancy.

The main thing to be followed in the diet is to avoid Phe containing foods like milk, eggs, meat and other high protein foods. You should also avoid natural sweetener aspartame, this can be done by checking the level of phe on the labels of every food that you take.

The alternative way to feed PKU patients is to introduce the special formulas to the infants. These are very low in phenylalanine, which is taken as protein source. We can also balance remaining amino acids by thee formula feds. There are several formula fed for PKU available in the market. These formula compositions are different for adults and infants basing on their needs. PKU patients need to take these formula everyday for their entire life.

In many many hospitals. treatment is given as follows:

There are four types of PKU:

If PKU is untreated, severe disability is occured. Commonly, ADHD ( attention-deficit hyperactivity disorder) is occured in those who do not stick to a very low phenylalanine diet.

When PKU is treated properly with a very low phe diet, the outcome is expected to be very good, this happens when the treatment the treatment is started shortly after the child’s birth.

If the treatment is delayed or untreated, brain damage will occur. If protein foods are are avoided in PKU patients diet, it may lead to mental disability by the end of the 1st year of infants life.

When a parent is affected with PKU, it is very important to undergo with enzyme assay or genetic testing as parents are carrying the gene for PKU. Amniocentesis can be done during pregnancy to screen the unborn baby for PKU.

The treatment and care should be started beforeand continued throughout the pregnancy period. It is very important to follow a strict diet which is very low in protein. It is because, build-up of phenylalanine in the body will damage the developing baby, even if the child has not inherited the defective gene.

A low-protein diet is the main treatment for PKU patient. Phenylalanine is present in all protein foods and also in some non protein foods, such as soda pop and artificial sweeteners like aspartame.

PKU diets that do not contain high-protein foods.

Foods To Be Avoided:

Foods To Be Taken

The PKU patient should strictly follow these rules to have a healthy life. To overcome some deficiency problems of protein, protein formula powders are also available in the market, which you can take daily.

As PKU patient lack the enzyme that used to breakdown protein, we have to cut down the protein intake in PKU patients daily life. To follow the dietary rules, you have to check the labels and nutritional values on the food packs. You should also educate your child to restrict their protein intake and explain the problem how straying from the diet can cause both immediate and long-term consequences, such as lower intelligence.

« Haemodialysis
Curd Vs Yogurt : Which Is Better ? »