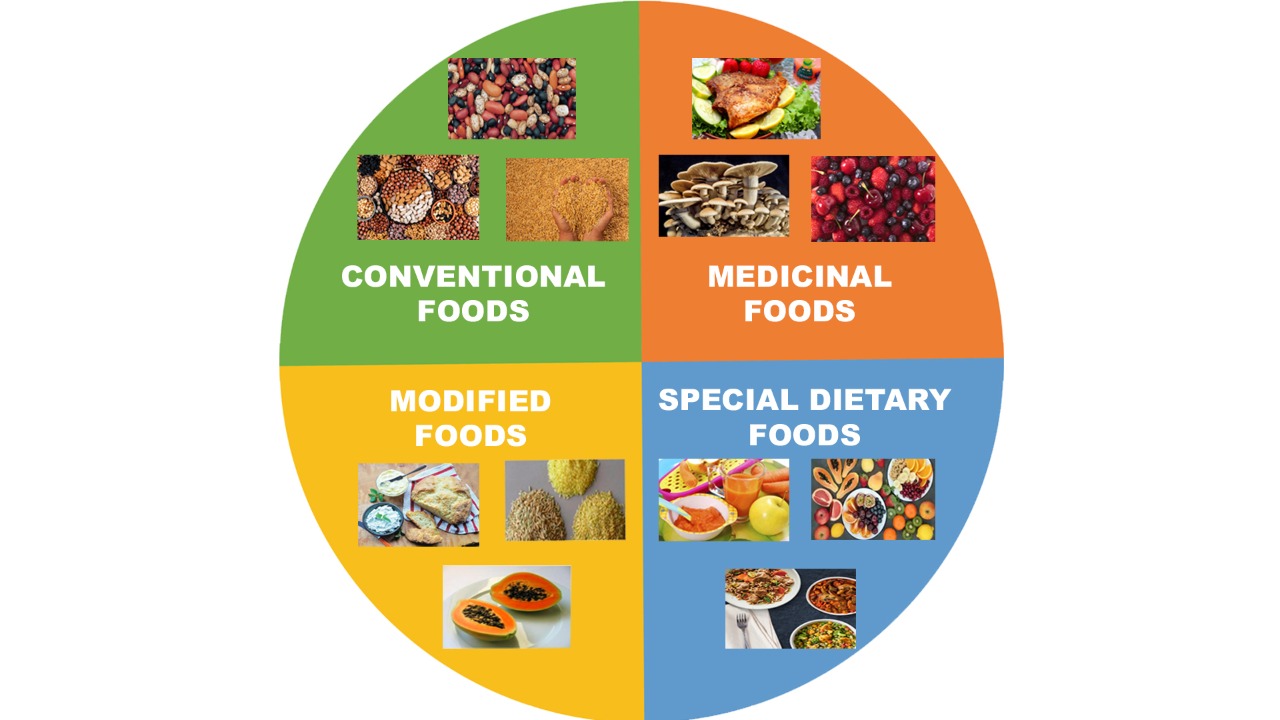 Functional foods became more popular in recent years as they are fortified with essential minerals, vitamins etc, which are useful in reducing many health problems. The functional foods are the foods which are enriched with any essential nutrients or to have an additional function by adding new ingredients or more of existing ingredients.

What Are Functional Foods ?

Functional foods are highly nutritious and relate with a number of health benefits. They may protect against many diseases, prevent nutrient deficiencies, and helps in proper growth and development.

Some foods fortified with vitamins, minerals, probiotics, or fiber like fruits, vegetables, nuts, seeds, and grains are considered as  functional foods.

The food which is fortified with additional nutrients like vitamin A, D, calcium, iron etc.

In these foods, we alter the harmful or useless component that are naturally present are replaced or reduced with beneficial component.

Category Of Functional Foods With Examples:

Examples For Some Of The Functional Foods

Foods that provide health promoting benefits beyond required nutrition are generally known as Functional foods. The most common and popular functional foods are as given below:

Coconut contains unsaturated fats and helps for lubrication of skin. Hence, coconut oil is better than many other cosmetic oils.

Some of the Functional Foods Available in Global Market:

Functional foods are the foods that offer great developing features to improve health and to prevent and reduce certain diseases when taken as part of a balanced diet.